On February 18th, eat a scoop or two of ice cream for breakfast to celebrate with Nathan, because kids get cancer too.

Nathan a now healthy three year old,  supported by his loving family, had to fight cancer when he was only two.  Now he celebrates life!  He was diagnosed with hepatoblastoma shortly after his second birthday. His port was installed the day after Easter for his first round of chemo. He received 4 rounds before the tumor was small enough for surgery. In July of 2013 the right lobe of his liver was removed. 6 months to the day of his diagnosis, his family received a call letting them know he was cancer free. 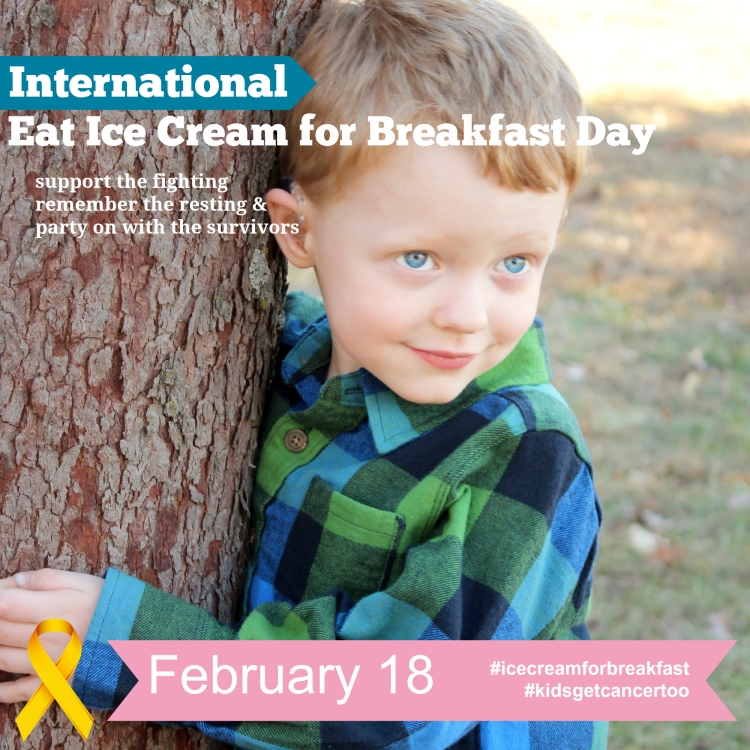 Other featured kids  | Get involved